Screenwriters can create a new class of content with Meteor

All of us at Mutiny Games are super proud to reveal Meteor. An intuitive tool that will empower screenwriters and game developers to create a new class of content.

Meteor is a web application that makes it easy to create interactive screenplays. This cloud-based platform is designed for the Melissa Mathisons and Quentin Tarantinos among us, as well as the hobbyist typing their opus on the weekends. 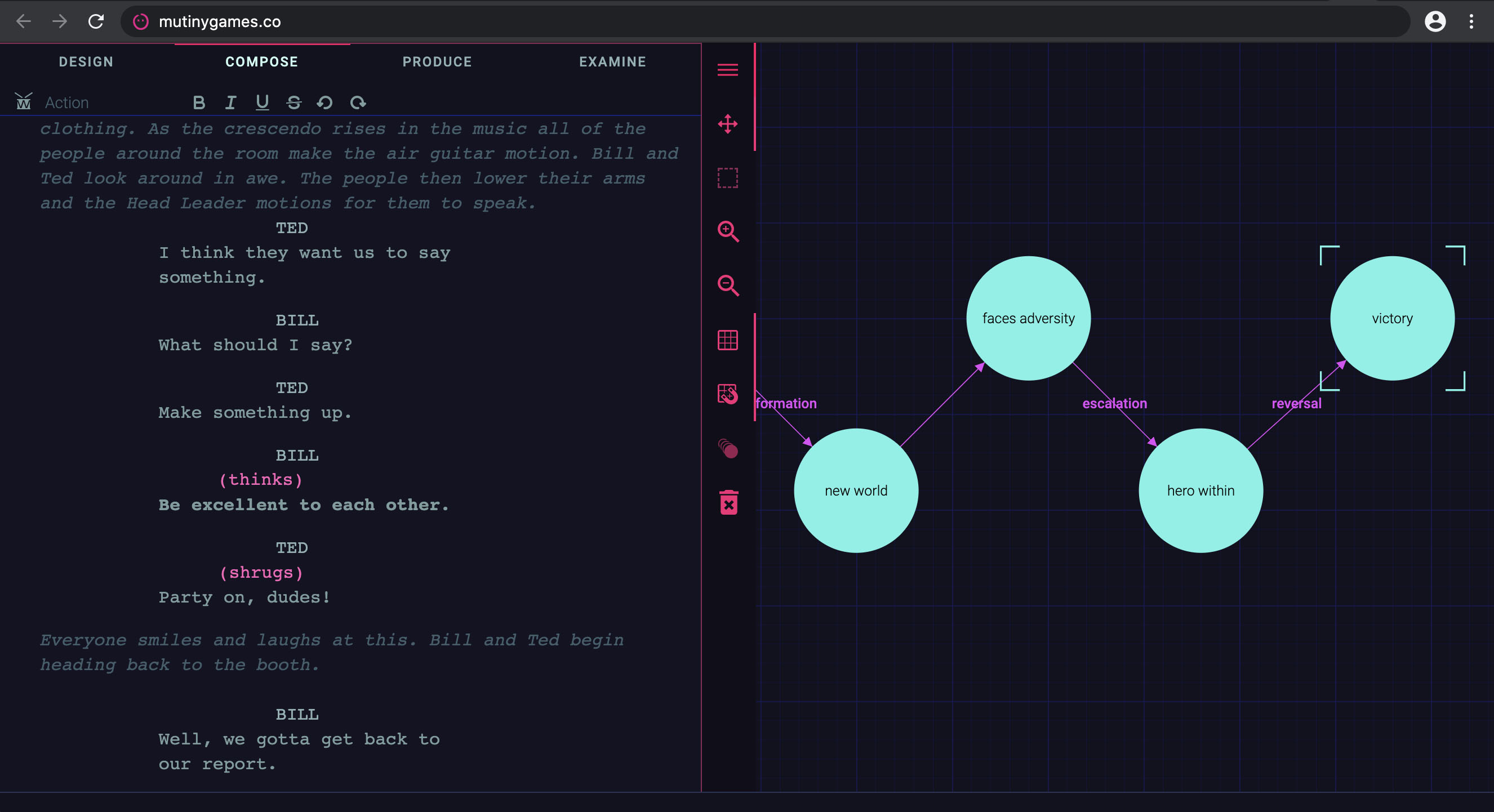 Screenwriters and developers can design story elements, write narratives and plan production for video games, TV shows or film with the tap of a few buttons using the ‘Beat Graph’ feature.

“With the Beat Graph we really wanted to help the writer create narratives in a way that encourages good design without getting in the way of the creative process. It gives the feeling of working with the writer as they naturally grow the story.”

Meteor assists creators in writing multi-path stories in which the viewer can choose where the narrative goes. This special feature allows developers to capture and collect the viewer’s interactions with the final production. This information is collected programmatically in a standardised format and can be used to measure a viewer’s cognitive functions.

“This is something truly unique. As the viewer or player chooses where the narrative goes, creators can understand why viewers took those specific decisions and what it says about their thought process. This world-first feature can empower games and content to be used in screening cognitive health for symptoms of decline, such as those connected with dementia and other forms of dysfunction.” 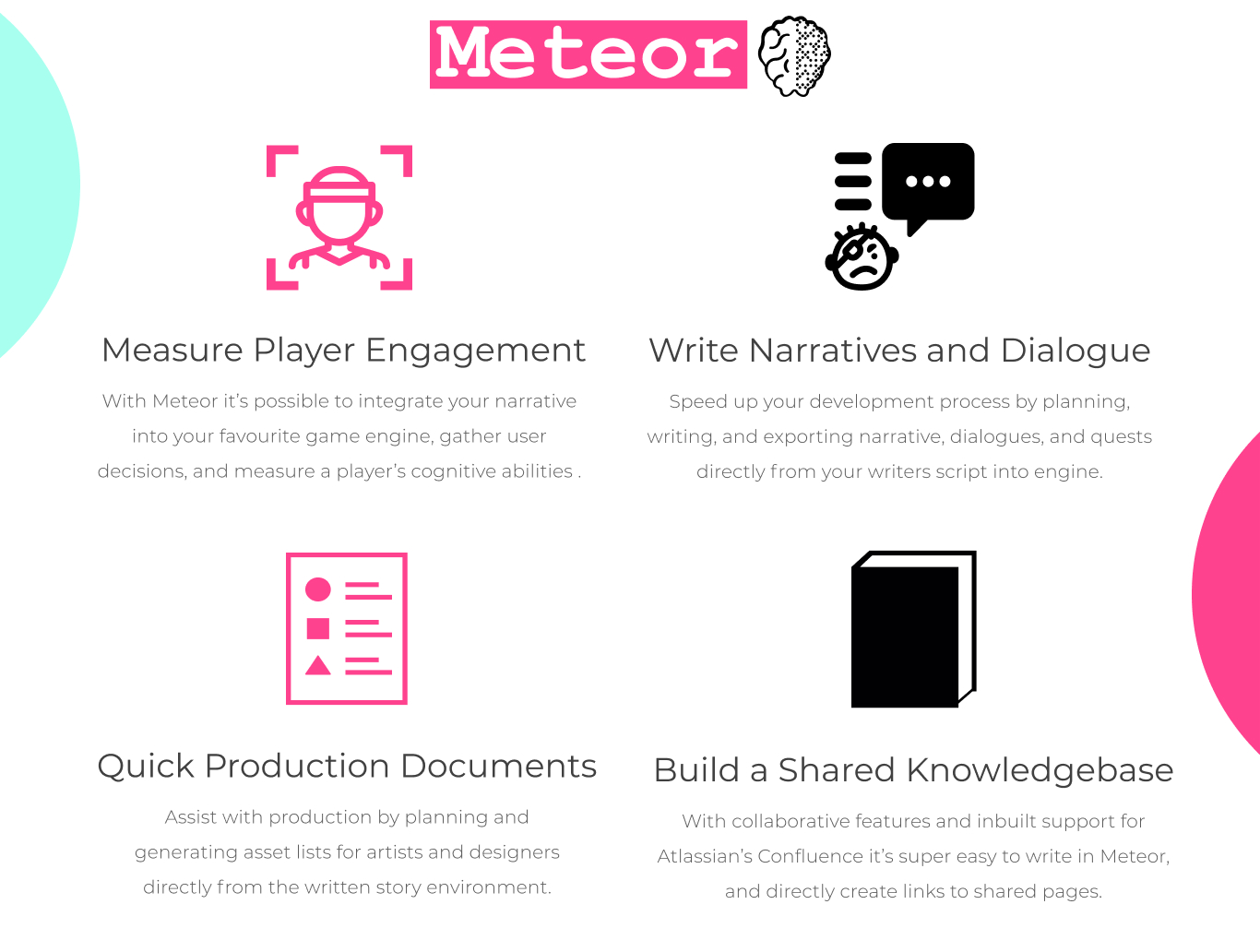 Game Developers will rejoice to learn Meteor equips them with the ability to easily write narrative, quests and dialogue that exports directly into Unity and Unreal engines and into production-ready documentation. No-more spreadsheets or clunky manual in-engine solutions.

Game production just got easier too. Meteor connects the dots for developers through collaborative work features and third-party integration with Bitbucket, Jira and Confluence. These features help developers keep on track, build a shared knowledge base within their team, and effectively delegate work between members. 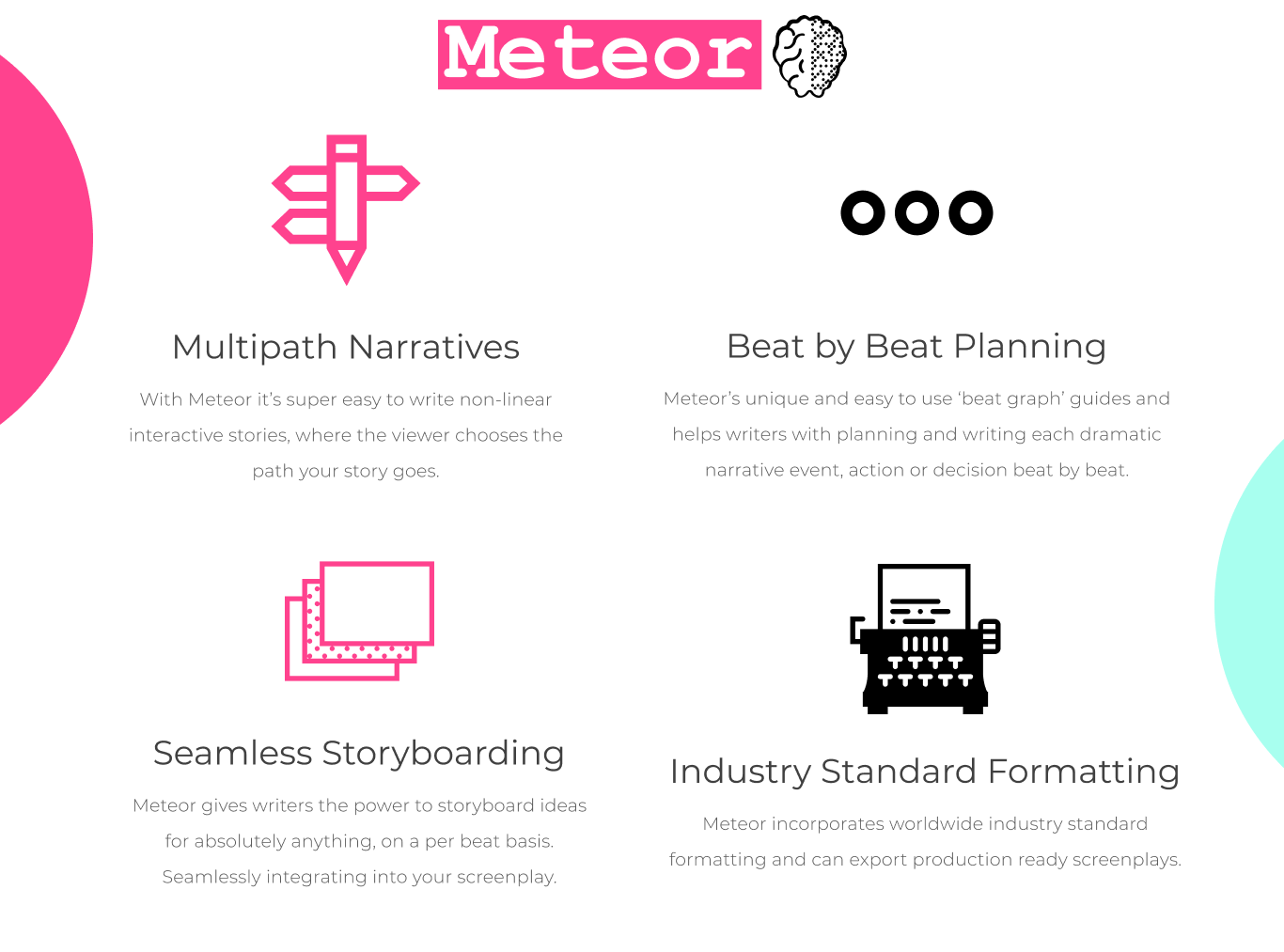 Meteor’s unique and easy to use Beat Graph guides and helps writers with planning and writing each dramatic narrative event, action or decision beat by beat. The graph knows the Hero’s journey from the Ally’s journey, the point of a horror story is to be scared and what dramatic questions are. 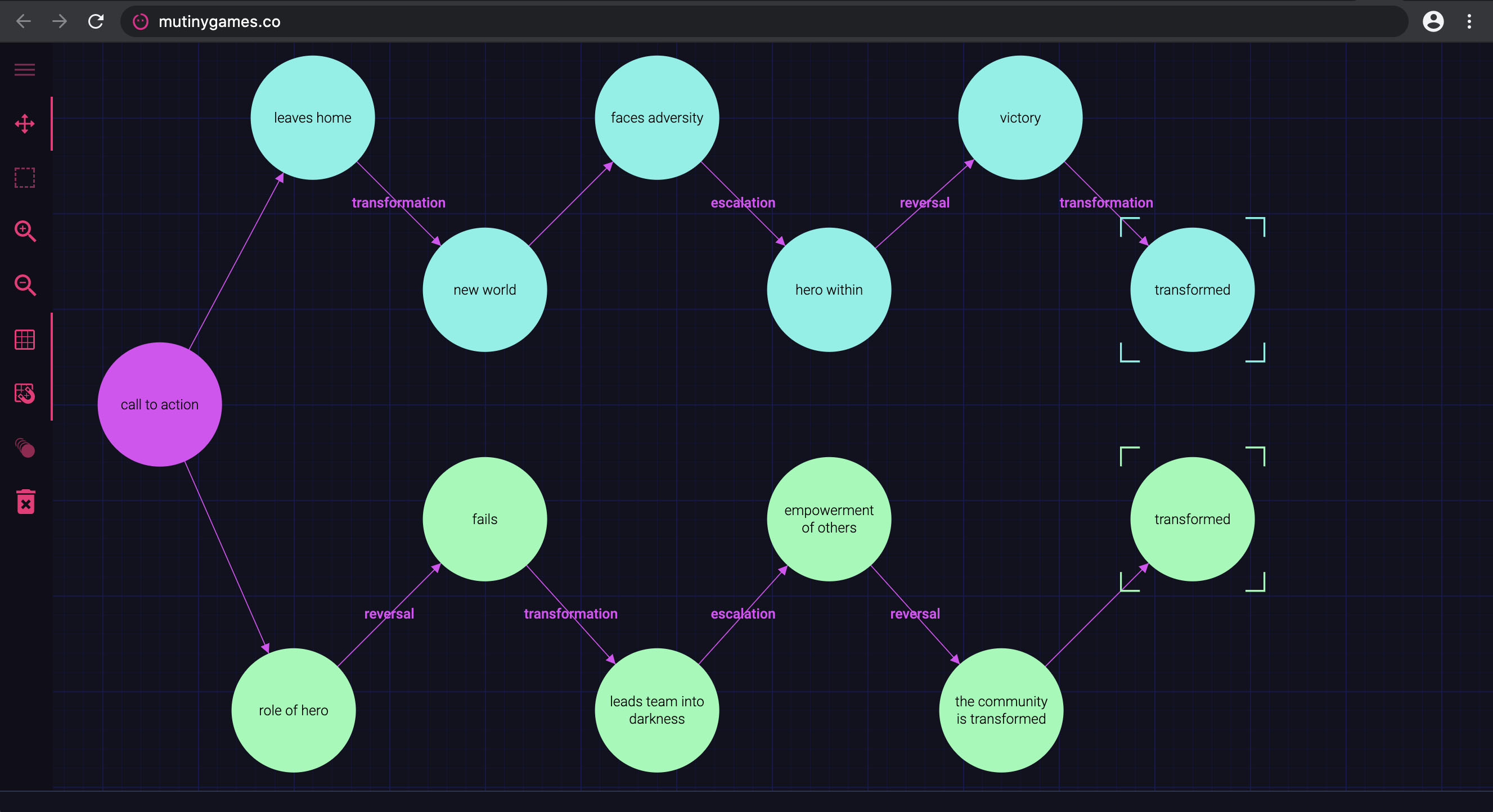 Production staff will be happy to know Meteor makes their lives easier by being able to quickly generate a variety of documents to assist them - including call sheets, shot lists, script breakdowns and location lists.

Meteor is set to launch sometime in the near future, until then be excellent to each other and stay tuned for more details. Follow us on social media to find out about early access.

Read other posts
A Writer's Adventures in Gaming Land →